Councilwoman Williams was elected in November of 2019 and began her term in January of 2020. As a resident advocate for four years prior to being elected, she made it her personal goal to place the residents of Pooler first and foremost and assisted both residents and businesses alike in navigating various city processes.

As a military wife of 31 years, service to country and local community involvement are an integral part of her character, and she will use those attributes in her role as a councilwoman. She plans to leverage her paralegal degree and many years of legal work experience to be effective in her elected position.

Her family consists of her husband, TC, of 40 years, two daughters, and two grandchildren. Four generations of her family reside in Pooler. She is a member of The Garden Club of Pooler and a member of The Church at Godley Station. 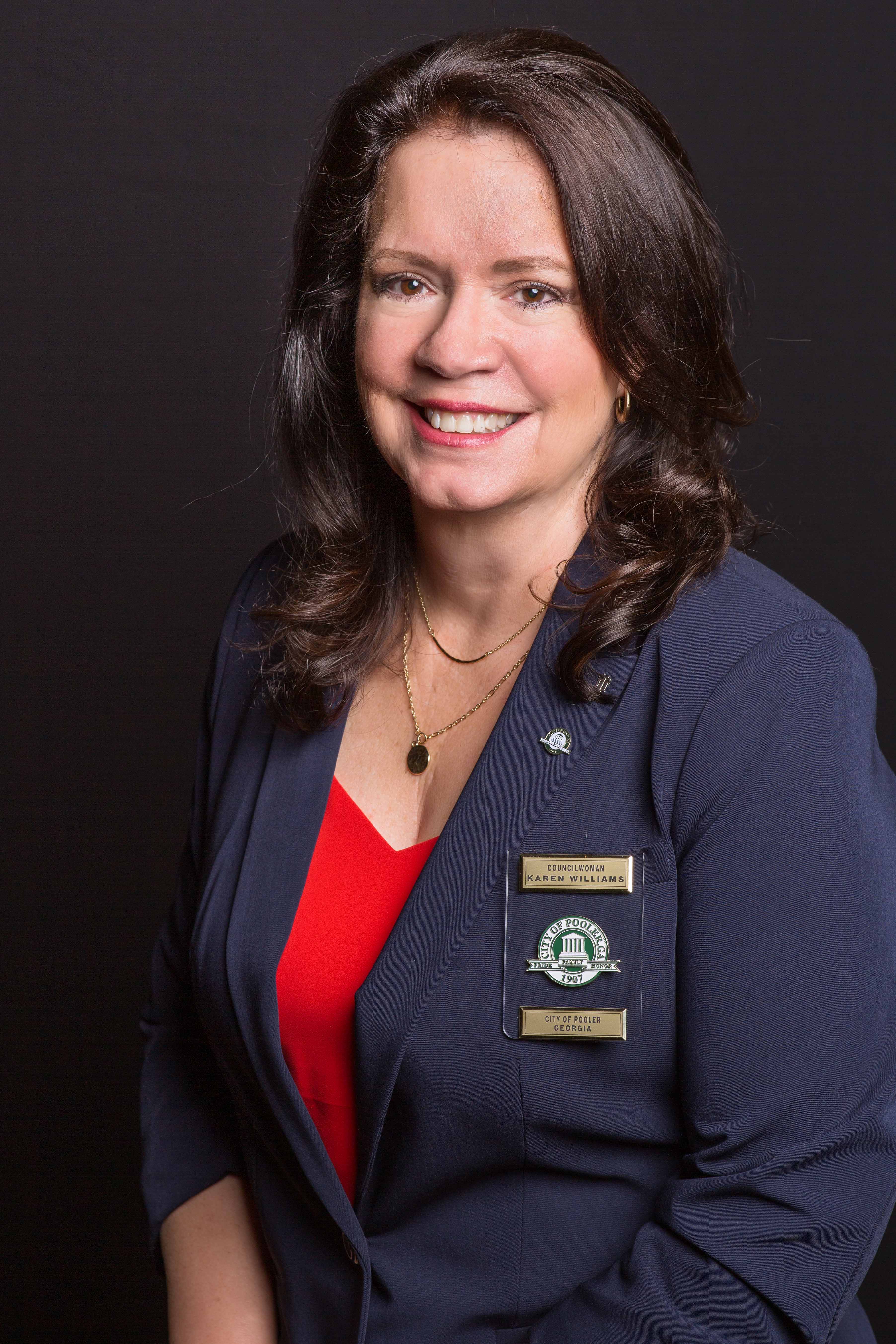